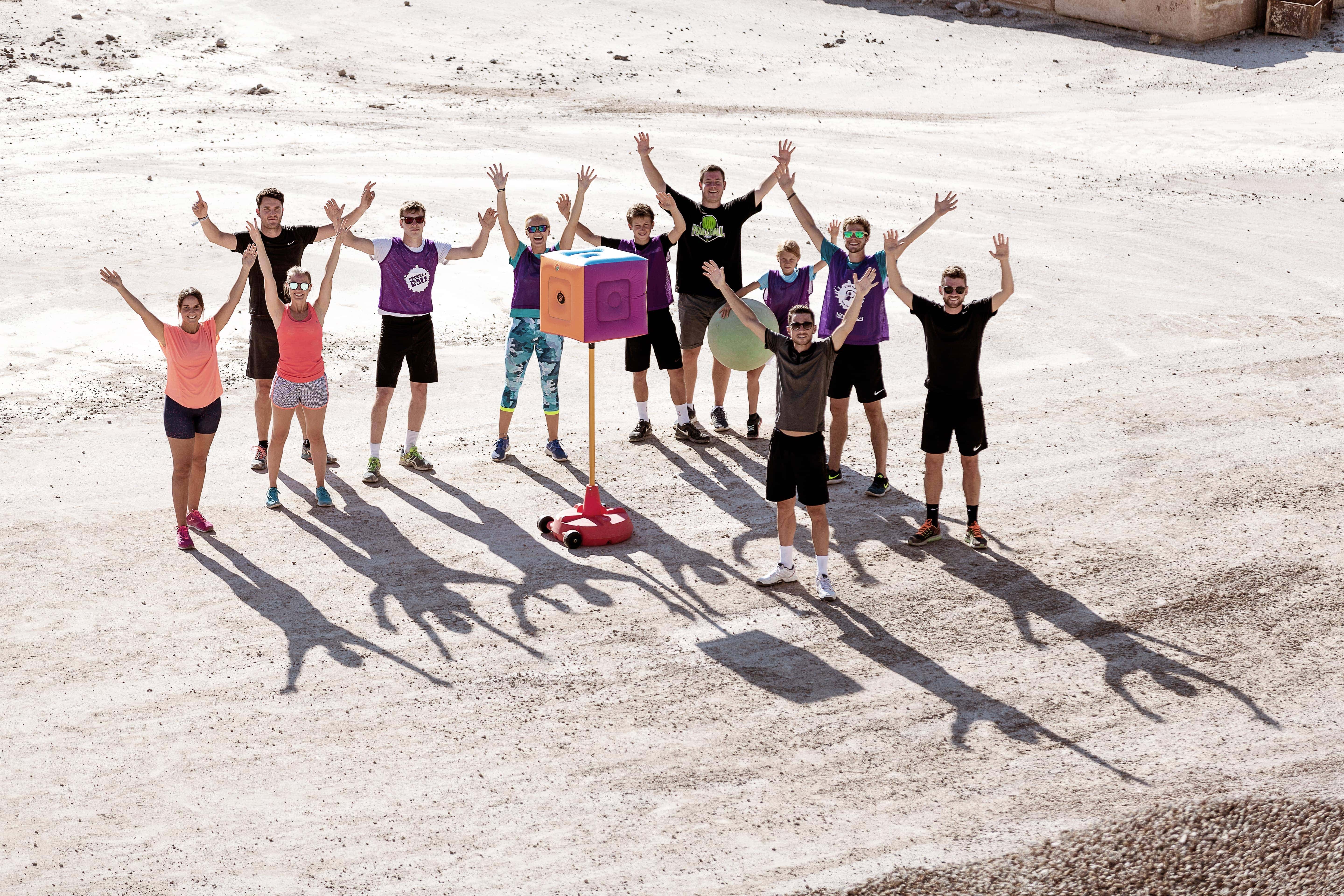 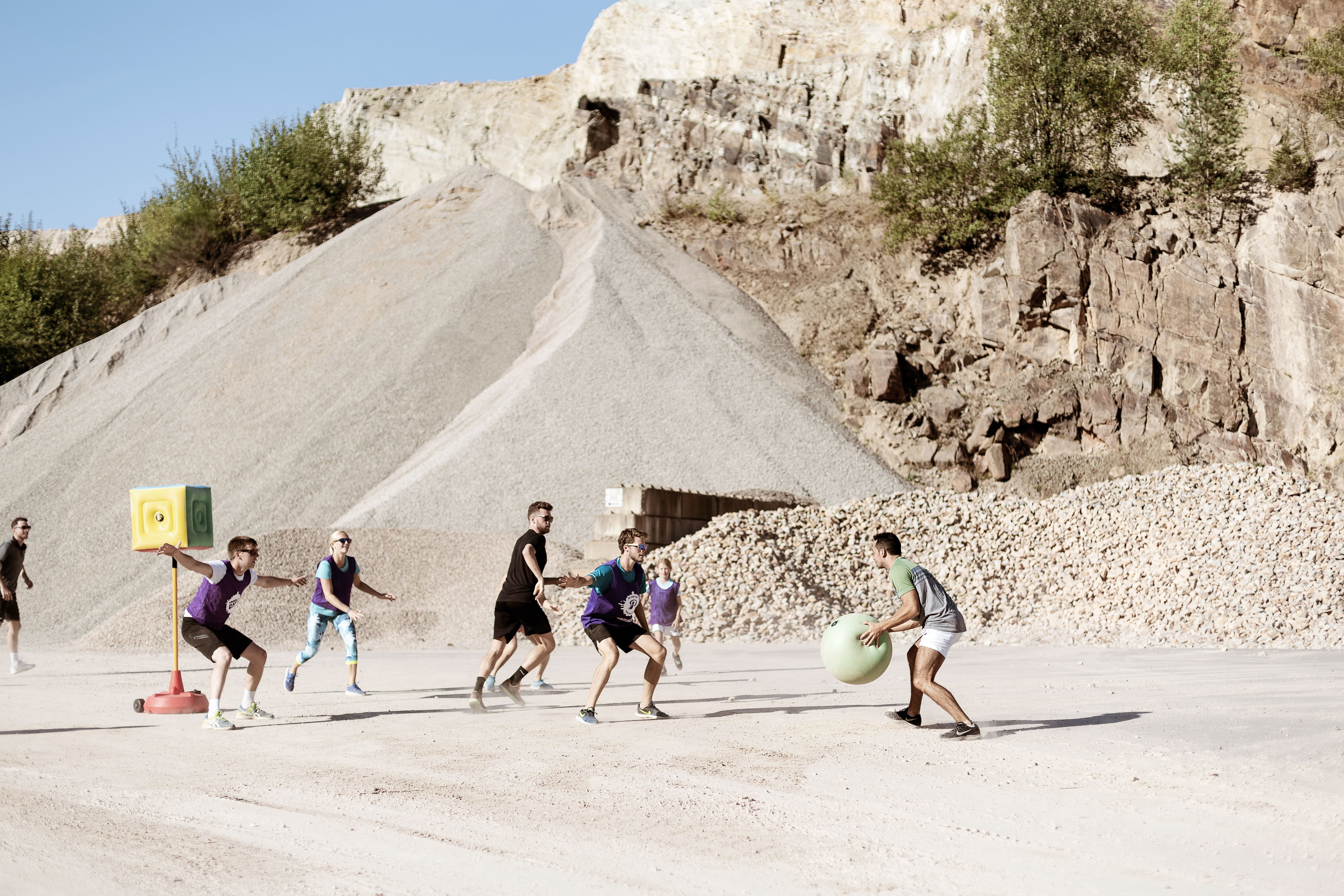 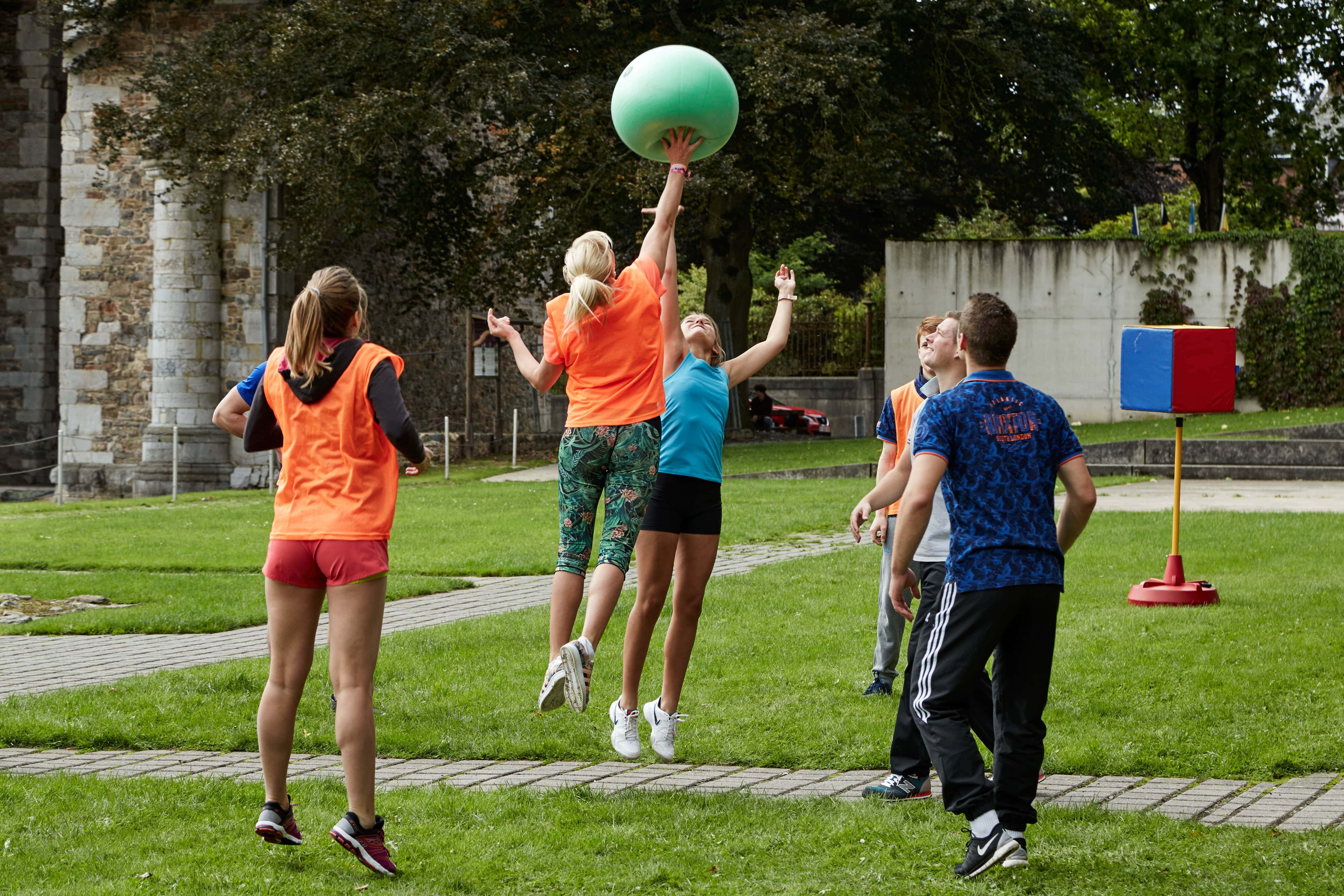 New fair play and mixed sport.
Accessible even to the weakest pupils, this game enables everyone’s integration.
In view of its collective dimension, everyone takes an important role in the action.
This game was inspired by different other games, taking the best of each of them to meet the requirements and interests of its players.
Poull Ball won the Panathlon Fair Play Price in Belgium.
A lot of workshops are organized throughout the year.
Today, Poull Ball is accredited and defended by the federation of school sports.
The official material is available Gopher.

POULL BALL IN A FEW FIGURES

Two Co-ed teams (girls and boys) play a match with a big ball on a basketball court. In cooperation, the goal is to knock down one of the two targets. A choice can be made between these targets because they don't belong to any team. We can shoot on both sides

The goal is to knock down one of the two cubic targets.
Throwing techniques :

2. TURNING OVER TAKES PLACE FROM CENTER COURT AFTER SCORING.

3. RE-ENTRY TAKES PLACE FROM THE LOCATION WHERE THE BALL EXITED THE COURT. 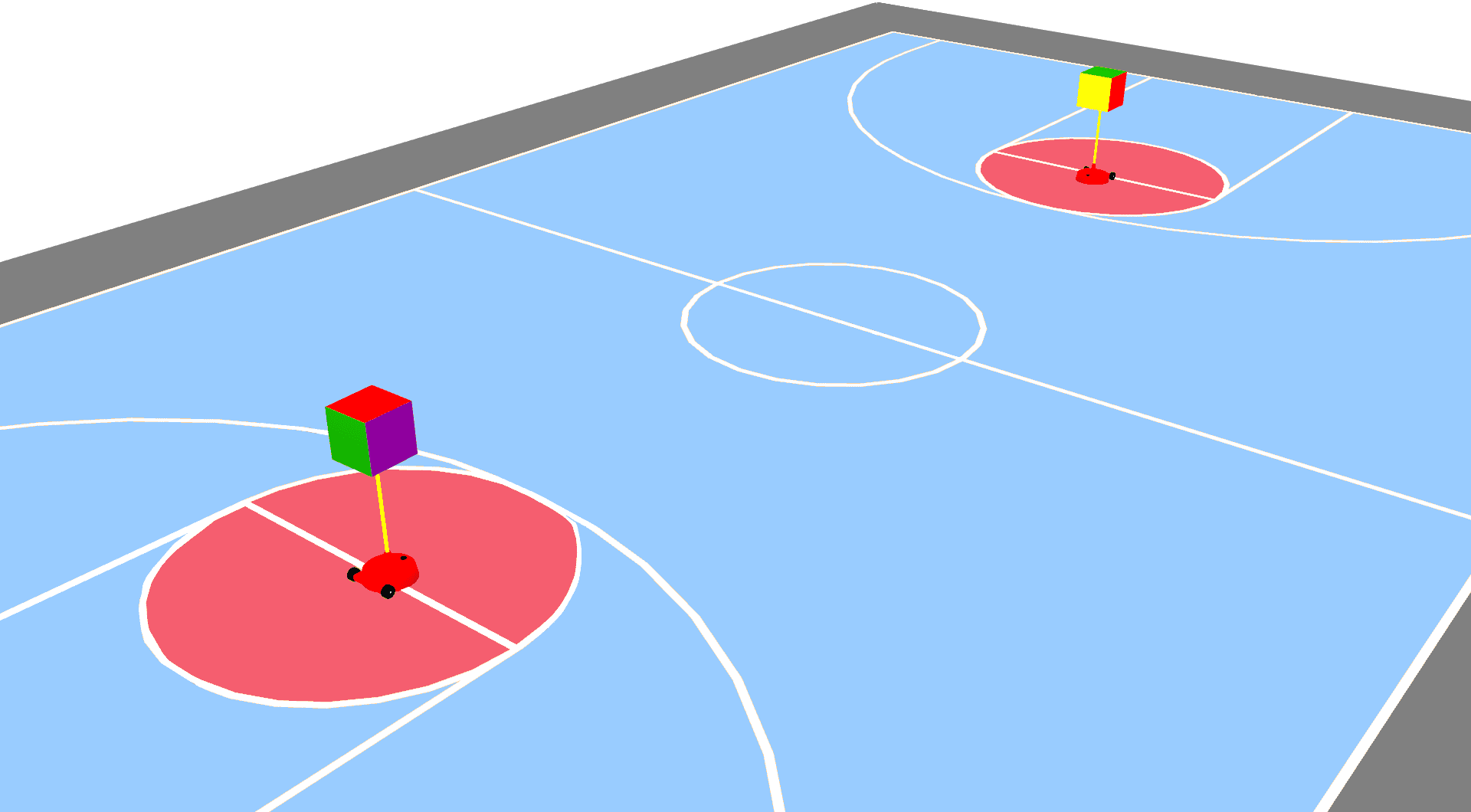 Throw in:
Non-compliance to 3 step rule
Non-compliance to 3 passes
Penalty :
Impact on the opportunity to throw a scoring point
A defensive player is in the unauthorized zone when the opponent shoots = Throw counts !
ALL PHYSICAL CONTACT IS STRICTLY FORBIDDEN !
Contact to the ball holder
Re-entry from the sideline
Contact during a shot on goal
Penalty

Player stands in center court. Player's feet firmly planted face the opposite cube, therefor, has his back to the cube. Player has to throw backwards without pivoting.

Whether a team scores one or two points, all of the players applaud no matter which team has scored. This is to encourage sportsmanship and respect.

Each team gets in a single file line facing each other in the center of the court, as they walk towards the each other to shake hands.

HAVE FUN WITH THIS GAME

You're a school, you want a workshop. We can play with your students.
You want to boost your business. We organize teambuildings.
You just want to have fun with your friends. Take a moment.
Whatever your choice will be, our mission is to realize it.
For questions about "Services", Contact-us!